With Automakers announcing new electric models, as well as electric versions of existing ones. 2020 is looking to be the year of the EV, as they have become increasingly popular in recent years. It is clear that electric cars are no longer targeted at a niche market, and are gradually shifting their way into the mass-market. Moreover, with all the benefits that the latest technology has to offer, the choice has never been better. The time to embrace an electric future is certainly now.

We've selected some of the most cutting-edge EVs to look out for in 2020 from city cars to supercars to SUVs. Take a look at the top eight EVs that we are most excited about joining the market - and potentially our fleet!

Furthermore, with the heritage of the Mustang badge, there will be a lot of expectations around it when it arrives. Will it live up to the reputation of the Mustang? Time will tell, but it has all the elements of promise - reputation and a good balance of power and space, so things are looking positive.

The Taycan is Porsche's first pure EV to hit the market, with three expected variants ranging from 400-600 bhp. The much-anticipated Taycan is a four-door, five-seat saloon car, variable all-wheel-drive, and a WLTP range of 450km. How fast is it? Very.

If you like tech, you’ll appreciate the four touchscreens you can have in the Taycan. Three of them – with one positioned behind the steering wheel and the other two in the middle of the dashboard – are standard, but with an optional multimedia screen in front of the passenger seat, which allows them to see things like your speed, the sat-nav map or their media content.

The Zoe first surfaced back in 2013 and has consistently been updated over the years. This city car has proven to be a hit, so there's no surprise that they've launched the brand new ZE50.

The latest version is the most impressive yet with a major facelift to its interior including an upgraded 9.3-inch infotainment system, rear parking camera, a blind spot monitoring system and a GT Line-specific interior, trimmed in synthetic leather and recycled cloth upholstery.

More significant is the work Renault has done under the skin, with an upgraded battery and a new motor giving the Zoe more power and more range. This is certainly one of our personal favourites and we reckon this will make a great new edition to our fleet.

The new Vauxhall Corsa may be a small hatchback, but it signifies a major advancement for the EVs shifting into the mainstream.  This is Vauxhall’s entry into the electric vehicle market, with its most popular small car running with zero emissions.

This car appears to be a serious contender with a comparable range and DC rapid charging capability. Vauxhall has plans to offer an all-electric range within five years, so a lot rides on their first electric car.

The DS 3 Crossback E-Tense is the brand’s first pure-electric vehicle and breaks new ground for the company having merged from a hatchback into an SUV. The E-TENSE is prestigious and modern while offering exhilarating performance, with an impressive speed of  0-60mph in 8.7 seconds.

The E-Tense comes with Eco, Normal and Sport driving modes, as well as two settings for the regenerative braking system: Normal and Brake, with the latter offering greater deceleration.

The interior has a very luxurious feel and is fully equipped with a 10-inch touchscreen on the dashboard and a panel of touch-sensitive controls.

The new Peugeot e-208 is an electric city car that is highly comparable to its Vauxhall rival with similar-sounding figures for range, price and charge. It may come as no surprise that the Peugeot is built on the same platform.

With an earlier availability and a little more flair in the design from the French manufacturer, we think that the e208 will make a very appealing alternative to the Renault Zoe to many of our customers. This car has a lot to offer with an acceleration from 0 to 62 mph in 8.1 seconds.

Moreover, technology is one area where Peugeot has developed significantly over the years, and they certainly didn’t cut any corners when it comes to the electric version. The e208 includes adaptive cruise control, lane-keep assist, blind-spot monitoring and a driver attention monitoring system.

Given that the small SUV market is one of the most lucrative, it’s not surprising that BMW is entering into the EV element of this sector.

Based on the very popular X3 model, there’s every reason to expect that the iX3 will be a very popular choice. Closely resembling the standard X3, the iX3 is an all-electric model set to ride the crest of two waves in the automotive industry - SUV and electric, it will offer around 266bhp.

A key improvement of the new powertrain is the way electric motors, the transmission, and related electronics are grouped together for more efficient packaging.  BMW also claims the iX3’s design also eliminates the need for rare earth metals.

The Jaguar i-Pace has been popular since its introduction, and the facelift for early 2020 promises to keep the model fresh and competitive with the challengers from the likes of BMW and even the anticipated Tesla Model Y.

The F-Pace has been a major success for Jaguar thanks to its blend of SUV practicality and traditional Jaguar driveability. For 2020 it’s getting an overhaul designed to help it keep pace with premium German rivals, expected to include new hybrid powertrains and an improved interior that draws on the cabin of the I-Pace.

We hope you liked our top pick of EV’s to look out for in 2020. Let us know which of these cars you would like to see in our fleet!

More articles from onto 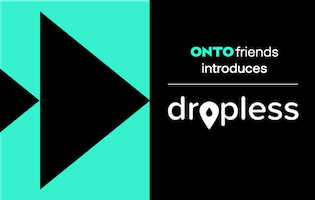 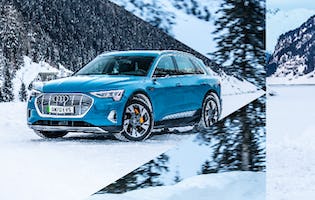 How to EV Winter Guide 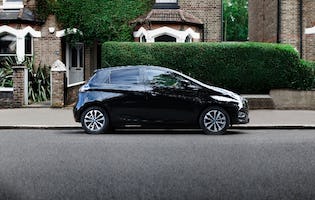 Onto Subscription • 5 min readUpdate on Deliveries and Collections