The 500,000 electric cars on the road in the UK are great for the environment, but some households are finding other uses for them too. Theoretically electric cars have batteries large enough to power a home for several days and, with cars sitting in parking spaces an estimated 95% of the time, EVs could become a network of power banks for the country.

Indeed some experts believe all of the UK’s electricity needs could be covered by 10 million cars. Trials have shown that 10 Nissan Leafs can store as much energy as 1,000 homes consume in an hour.

But how is this technology being used and what more needs to happen for this practice to become commonplace? Read on.

What is bi-directional charging?

Bi-directional charging means an electric car can send battery power in both directions. The two options are vehicle-to-home (V2H) and vehicle-to-grid (V2G) charging, although vehicle-to-load (V2L) is sometimes also used. It’s estimated the batteries that power a Tesla Model S or Nissan Leaf, for example, can store 80-100 kWh of energy. One kWh is enough to power a fridge for five hours. A 2018 analysis by Ovo Energy and Imperial College London found that V2G could save the UK energy system £3.5 billion per year.

The concept goes back to the early 2000s when a professor from the University of Delaware set up a pilot with Mini-E electrics. “You need a technology that can come online fast, safely and in a balanced way to replace say, solar, if the sun didn’t shine this afternoon, or wind if it was a windless day. V2G can do that,” Professor Willet Kempton said.

In 2011, the Nissan Leaf contributed to the relief effort after the earthquake and tsunami in Fukushima, Japan. The car batteries served as a temporary source of electricity for rescue teams and locals without power. And after Typhoon Faxai in 2019, the Nissan Leaf came to the rescue again, powering nursing homes, daycares and other essential services during a blackout.

But while V2G isn’t new, the technology hasn’t been widespread. That’s starting to change.

In the US, areas like California and Texas that have suffered power failures thanks to natural disasters are also considering how EVs could become an emergency electricity source. And in the UK, during the Storm Eunice power cuts earlier in 2022, some EV drivers were able to use the Hyundai Ioniq 5 and Kia EV6 to charge their laptops, power fridges or watch TV.

What are the benefits other than disaster recovery?

As Professor Kempton pointed out, different renewable energy sources produce variable amounts of energy depending on the time of day or season. EV battery storage could be used to make the entire energy system greener and more sustainable by capturing excess solar and wind power when it’s generated, to be drawn on later during times of high demand. The UK’s current fleet of electric cars could store 18GWh of electricity, double what Dinorwig pumped storage plant in Snowdonia, the UK’s biggest storage facility can hold.

In 2022, the National Grid teamed up with Octopus Energy to run a trial using parked electric cars to balance the grid for the first time. More than 130 households are taking part. In Liverpool one EV owner has earned more than £570 over the past year, by selling energy back to the grid. His car exports energy between 5-9pm and imports power after 10:30pm when energy is cheaper. A three-year trial run by Ovo Energy and Nissan found households could save up to £725 a year by leaving cars plugged in when not in use and supplying the grid during peak hours.

EV owners can make money by selling energy back to the grid, or by simply topping up their electric car at night when energy is cheaper and using that to power their home. Trials by Ovo Energy, for example, found households could save £420 a year by using their vehicles in this way, which is known as ‘peak shaving’. Other drivers are combining renewable energy power sources, such as solar panels, and their EVs to become energy self-sufficient.

What kit do you need?

Bi-directional chargers aren’t cheap to install, although the cost is falling. In the Ovo Energy-Nissan trial, for example, the V2G charger was £3,700 more expensive than a smart charger that automatically tops up a car at the cheapest times to save money.

Beyond Nissan, Honda and Mitsubishi, there are also few vehicles that support bi-directional charging, although Ford is launching a pickup truck in 2022 that can power a house for three days on a single charge. Experts say the energy crisis may encourage more manufacturers to accelerate the adoption of V2H and V2G.

Volkswagen has said it will start adding bidirectional charging to its ID electric cars with a 77kWh battery later this year. It will then roll it out to brands including Audi and Skoda.

​​[VW’s newest] models could power a six-person household for six days on a single charge and still have enough power left to drive 60 miles.

Is this the future?

There is still work to be done to bring the price of bi-directional chargers down and to encourage more manufacturers to incorporate this technology. But researchers believe EVs could power a much greener grid in the years to come. Key to this shift will be educating EV drivers, Ying Xie, who is researching how EVs can supply cleaner energy grids at Anglia Ruskin University, says.

Drivers are more likely to switch to electric because of environmental concerns, lower running costs, and regulations, rather than the prospect of lower electricity bills or the opportunity to sell energy back to the grid. “But promoting V2G to consumers, especially those who already own an electric vehicle, is a way to maximise the use of those batteries,” she adds. 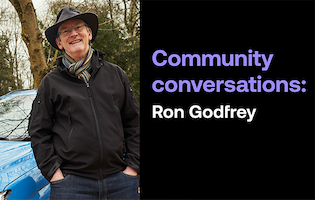 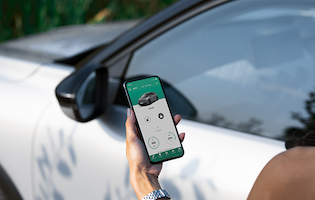 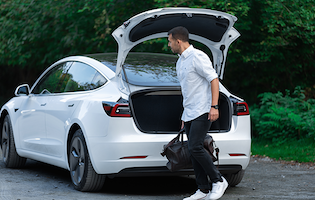